What Is a Shavette? If you’re new to the wet shaving world, then you might be wondering: What is a shavette? A shavette is a folding razor that takes a disposable blade. It has a very similar look and feel to a straight razor and you shave with it in much the same way as a straight razor. The cutting edge of the razor folds into the handle.

Most shavettes take the same razors that double-edge (DE) / safety razors use. In some cases the DE blade is snapped in half and used, but in some cases the entire blade is used. The blade is typically held in place with some type of insert or is clamped between two pieces of metal with a locking mechanism to hold it in place.  The latter can be seen in the above photo.. 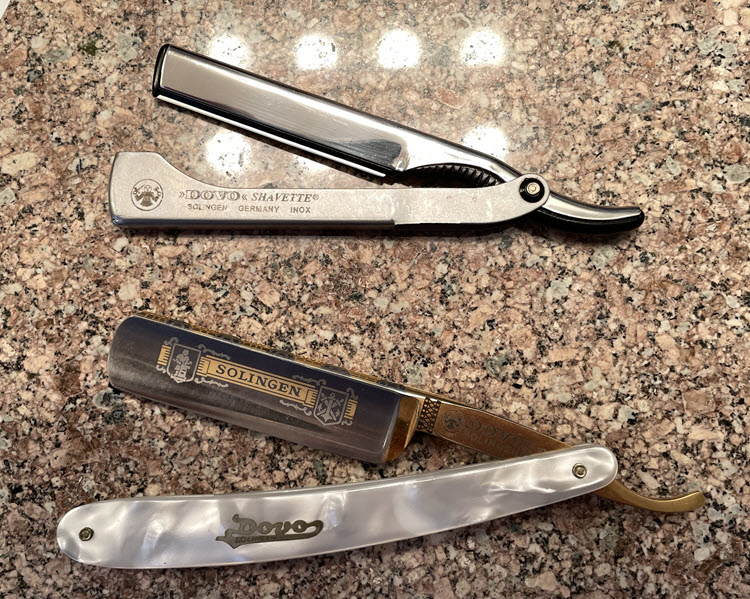 Replaceable Blade – The best advantage a shavette has over a straight razor is the fact that it takes a disposable/replaceable blade. You don’t have to hone the razor or pay someone to hone it for you, you don’t have to strop it before each shave. You just pick it up and shave with it. Similarly, when the blade gets dull you just pop it out and put in a new one. “Easy peasy” like some people I know say.

With a shavette you only have to focus on holding it correctly and at the right angle in order to shave your beard or hair. With a straight razor you have the added complication of not knowing if the shaving edge is sharp enough. This can largely be mitigated by buying a shave ready straight razor and not stropping it before use.

However, if purchasing a brand new razor is out of reach and you’re honing/stropping it yourself, then it can be quite the conundrum to know whether you’re not able to shave your beard/hair due to poor technique or because the shaving edge isn’t sharp enough.

Easier To Nick Yourself – Another disadvantage that a shavette has is that it might be easier to nick yourself than with a straight razor. DE blades are machine sharpened and have quite a sharp edge on them. In my experience, I feel like I can feel when I’m about to nick myself with a straight razor and make adjustments to avoid drawing blood, but with shavettes I don’t feel like I have that same man-blade connection.

Possibly More Expensive Over The Long Term – Since you have to buy replacement blades, there is a possibility it might be more expensive over the long term. However, straight razors have their own maintenance costs, so a careful analysis would have to be conducted to evaluate which one is truly less expensive. 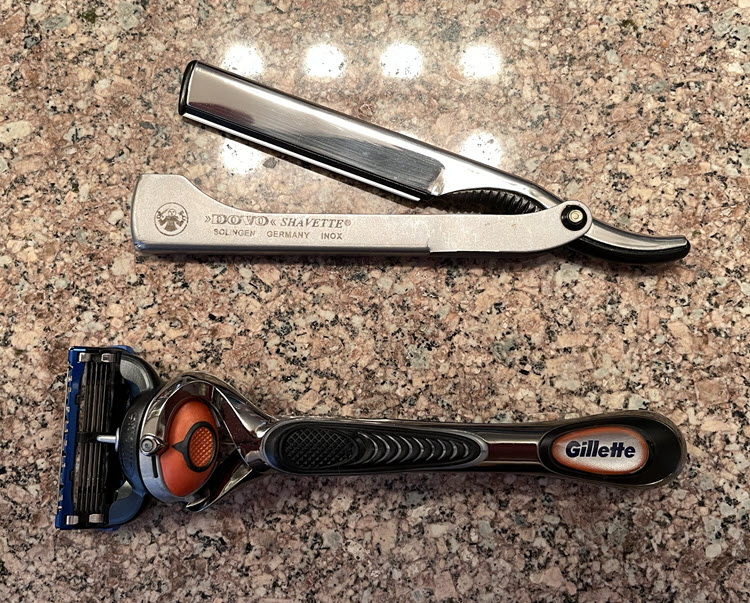 Blades Are Cheaper – Since cartridge razors and shavettes both use disposable/replaceable blades they’re the same in that regard. Where the shavette has the advantage is that shavettes use safety razor blades, also called DE blades, which can be bought for a lot less than cartridge razors. This amounts to a much cheaper shave especially when you take into account that a lot of shavettes only use one-half of a DE blade.

Shave Longer Lengths of Hair – Another advantage of shavettes is that you can shave longer lengths of hair without running into the clogging issues that you get with cartridge razors.

In shaving tests I performed with a cartridge razor I found that with eleven days of beard growth my shave time doubled from around the 3-minute mark to around 7 minutes. This is largely due to the extra time spent trying to get the longer hairs free that are wedged between the cartridge razor blades.

Shavettes only have one blade, so you don’t really run into the issue. To be fair, hair can get stuck between the blade holder and the shavette blade, but it’s much easier to deal with than with a cartridge razor.

Bigger Learning Curve / Easier to Nick Yourself – The biggest disadvantage a shavette has compared to a cartridge razor is the ease of use. Cartridge razors are simply easier to use and don’t take much effort or experience to shave with whereas shavettes have a learning curve and it’s very easy to nick yourself if you’re not careful. Also, you’re all but guaranteed to nick yourself at some point when using a shavette. 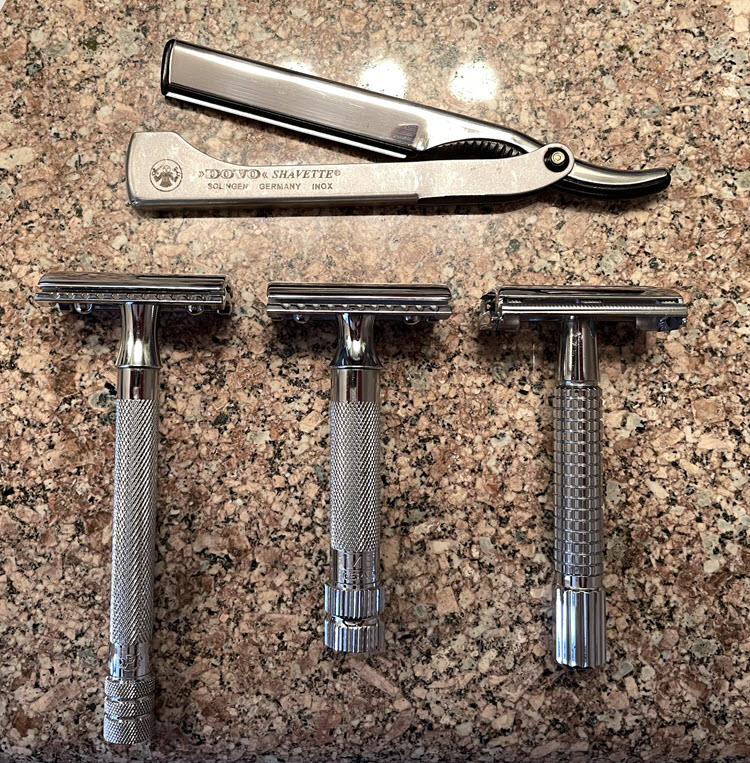 Less Awkward To Hold Once You Learn How to Use It – Another advantage to shavettes I came up with is that safety razor / DE razors tend to have short handles. This can make them a little awkward to use especially compared to shavettes after you have developed the requisite muscle memory to use them.

Shavettes can be a cost effective way to get a similar shaving experience to using a straight razor without the added maintenance of honing and stropping. The blades are cheaper than cartridge razors. Shavettes are pretty neck and neck with safety razors, but they have a hand up if you ever want to use a straight razor in the future.

Have you ever used a shavette? What was your experience? Leave your comments below and I’ll be sure to get back to you.